Of Light and Lavender and the Memory of a Kiss

I walked directly to the pool and sat quietly next him, putting my feet in, not asking for his attention. I had moved more into my divine feminine energy early in this process and as a result, I understood that he would let me know when and if he was ready for me. He smiled at me from the side and told me I was beautiful.

He slipped into the water serpent-like, along the rocky side of the pool and faced me. He extended his hand in invitation. I accepted. The sheet I wore clung to my every curve now and I lay my head on his nearly hairless chest for a while. After just a few minutes, I turned to face him. I touched his throat. His neck with my fingertips.  It was strong and pure and muscular. His right hand slipped under the sheet and gently massaged my back. I could feel him, his every move, his warmth. He was more there, more physical, different from the non-physical yet palpable energy we had exchanged when he had held my hand in the library.

It occurred to me that I would at some point want to know how he had managed to manifest in such a fully physical way that day. On this day, he presented  himself as he had been just before he passed from the physical world. Mid to late 50’s.  Hair trimmed short on the sides and back but long enough in front for wisps of hair to fall haphazardly forward. I reached up and brushed his hair up and away from his eyes. I started to wonder if he would always come to me this clearly from now on but ceased my random thoughts and brought myself back to this exquisite moment with him, not wanting to miss feeling even one stroke of his hand on my back. 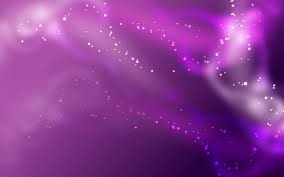 I had only shared myself fully with 3 men in my life. Two husbands and one beautiful love affair in between. I knew that a man needed to earn a woman as much as she needed him to earn her.

But in that pool with Daniel, I knew that he had more than earned me lifetime after lifetime.  My body temptation was to give him everything I had right there—right then. My soul knew it was too soon.

He came closer and I fell into those eyes. I know that is a trite way to describe the sensation but right now I can think of no other way. His eyes had depth, sometimes green, sometimes hazel. On occasion, light brown. The color of his eyes seem to reflect the mood of his soul. The movement of his hand on my back slowed. Then, he asked me if he could now remind me of what we had together so long ago. His lips were close to mine now so I knew what he meant. For some reason I didn’t say yes. I said please…

His lips were full and soft and teasing. Just barely touching mine, tickling the surface and making me hungry for more. And he did give me more, but just a little and I resisted the temptation to take more of what I wanted, knowing he would give it, but knowing too, that it would be too much too soon. It was like bathing in a new kind of light. I got a glimpse of a past mistake with him, neither one of us finding the wisdom to look away from the intensity of that light, and so we burned. That memory told me that if I accepted too much too soon, he was likely to disappear. Like a gentle bird that flies ever so close and happily takes tiny bits of bread, and comes back for more and more and more. But then you get too anxious and get too close because enough is never enough—the bird flies away and you recognize your mistake all too late.

Even as I held myself in check, I could see what I was learning. His very presence ignited an act of patience in me—of restricting my desire to have everything I wanted all at once.
I had been stroking his throat the entire time. As his lips played with mine, I received and reciprocated, finding his rhythm and accepting it as my own. Then, a complete surprise. A surge of lavender colored sparkling light passed through our throats, back and forth. At that moment, I felt I may never utter another word. There may be no need. The sweet colored energy surged though by body downward, lingering at the heart, warm and clean, brief but powerful. He gently moved away,  before it became too much.

As my body settled, I found us forehead to forehead, too close to perceive where I ended and he began.

“I’ve missed you,” I whispered. I remembered him.

But it was like his words fell backwards along with him, into a tunnel.

I woke in my bed, one tear running down my right cheek. I wiped the tear away. and said,

“Thank you.” Perhaps too late for him to hear.

The next morning, I awoke feeling warm but afraid. I have learned not to dissect my feelings and to allow emotions to guide but not consume me. As a woman, I allow myself the fleeting feelings that come with all the colors of being a woman.

I took out my pencil, and my no frills yellow legal pad. I saw that the pencil was in serious need of sharpening. (Why do I not just get  down to the business of sharpening, and spare myself the inconvenience of dwindling lead? Perhaps I'll look at the meaning behind that someday. Not today.) As I put dull pencil to paper, scribing his latest message, my soul calmed, knowing he had not gone for good. 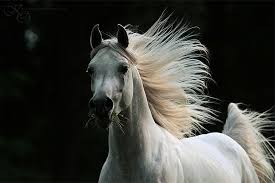 She never says no, yet she takes her own time.
Her bridle of strength she wears proud.
Her gait speaks of fineness and virtue.
Her wisdom she dons like a shroud.

Each morning I rise; her love beckons.
She knows how to gambol and feel.
She’s mastered her mission. She’s wiser than me.
Her softness can show me what’s real.

Then we go riding, the world takes its leave.
Just her mane and my hair sail the wind.
Her body each moment reflects back my truth.
My guru, my master, my friend.
Daniel (2010)